Main components of steel structure
Steel structure workshop is generally composed of purlin, roof rack, roof, bracket, column, crane beam, brake beam (or truss), space rigid frame and various supporting wall frame components.
These components can be combined into the following systems according to their functions:
(1) the horizontal plane frame is the basic bearing structure of the workshop, which is composed of columns and beams. The lateral horizontal load and vertical load acting on the plant and transfer to the foundation.
(2) longitudinal plane frame is composed of columns, brackets, columns between crane beam support. Its role is to ensure that the plant skeleton of the longitudinal deformation and stiffness, bearing the vertical horizontal load (the crane's longitudinal braking force, longitudinal wind, etc.) and transferred to the foundation.
(3) - roof system composed of purlin, roof rack, roof and roof support bracket, etc..
(4) the crane beam and the brake beam mainly bear the vertical load and horizontal load of the crane, and transfer to the transverse frame and the longitudinal frame.
(5) support - including roof support, column support and other additional support. Its function is to separate the plane frame into a space system to ensure that the structure has the necessary stiffness and stability, but also bear the wind and crane power.
(6) wall frame - to withstand the weight of the wall and wind.
In addition, there are some minor components such as working platforms, ladders, doors and windows, etc.. 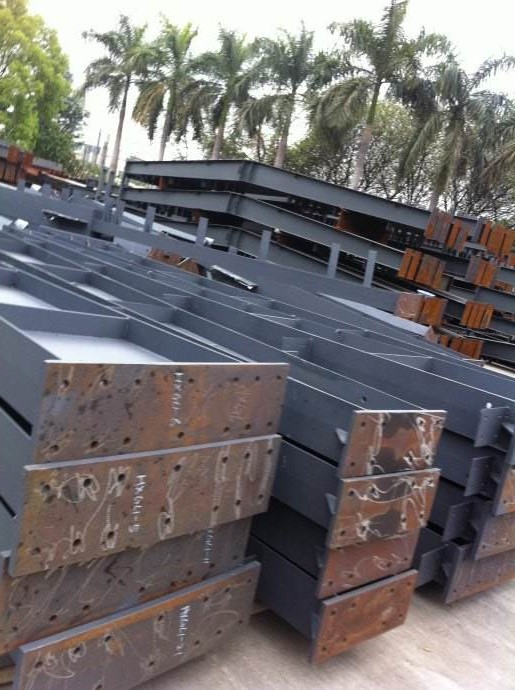